When San’s father passes away, the family moves from their village to Yangon. SAN (12) is left with her grandmother OHM, when her mother EI goes working overseas. Working at a garment factory, San (now 18) meets THEINT (25), an outspoken and confident woman. While getting closer to her, San develops a feeling of attraction and even of obsession, but she is unable to understand her own desire. After six years, Ei (48) returns to care for Ohm’s (70) fragile health. San feels emotionally distant to her mother, who is different than in her memories. Ei and Ohm are planning an arranged marriage for San with their family friend PHONE (40), while Theint suddenly gets married to her boyfriend and follows him outside Yangon. San is devastated when Theint leaves and Ohm is hospitalized with a terminal illness. Months later, San informed about Theint unsuccessful marriage and goes to rescue her. Bringing her back to Yangon they are planning to live together with the promise of going to work abroad. But things take a different turn when Theint wants to leave as soon as possible, while San is delaying. 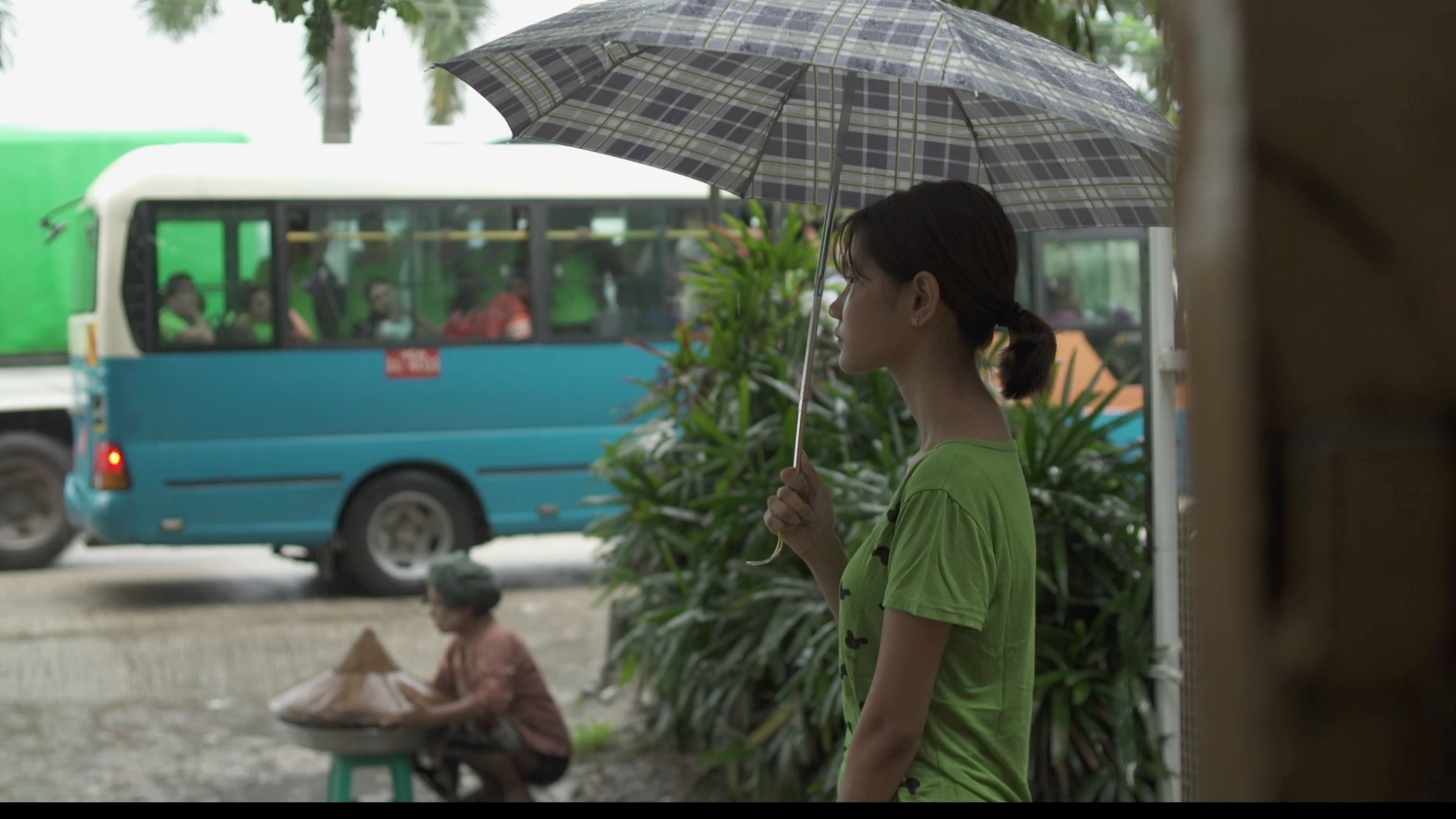